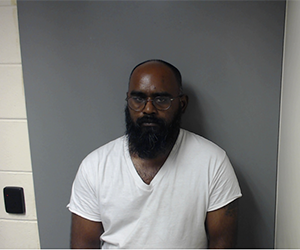 Lebanon, New Hampshire – New Hampshire State Fire Marshal Sean P. Toomey, Lebanon Fire Chief Chris Christopoulos, and Lebanon Police Chief Phillip Roberts announce that the Lebanon Fire Department responded to 5 Meadowbrook Village in Lebanon at 1:18 AM on August 28, 2022 for a building fire with explosion. When the fire department arrived, they found heavy fire coming from the maintenance building. The fire was extinguished and there were no injuries. The Lebanon Fire Department was assisted by the following towns: Hanover, Enfield, Canaan, Hartford, VT, Norwich, VT and Woodstock, VT.

During the course of the origin & cause investigation, it was determined that the fire was intentionally set. A suspect was identified and the Lebanon Police Department issued an arrest warrant for Michah Bouton (DOB 11/21/1984) charging him with Arson, Class B Felony. Mr. Bouton was arrested later the same day by the Hartford, VT Police Department. Mr. Bouton is being held at the Southern State Correctional Facility in Springfield, VT, where he is awaiting a hearing scheduled for August 29, 2022, to be extradited back to New Hampshire to answer to the arson charge.

Fire Marshal Toomey would like to remind our citizens that arson is not a victimless crime, and that any intentionally set fire puts in motion a series of events that significantly jeopardizes both the public and our first responders' safety. Nationwide, intentionally set fires cause over 400 deaths, 1,300 injuries, and $1.3 billion dollars in direct property damage annually.

Anyone with information about this incident is encouraged to contact the NH State Fire Marshal's Office at (603) 223-4289 or by email at fmo@dos.nh.gov.

No further information will be released at this time.